From Spain to Bulgaria, from Italy to the UK via Belgium, France and Romania, a diverse group of European organisations were eager to pool their efforts and enthusiasm to make a success of this project. To share the joy of setting up various activities (workshops, master classes, concerts, publications, etc.) to promote the heritage of Romani Music. Geared to appeal to a very broad audience, a far cry from the stereotypes, biases and preconceptions, our aim is to encourage today’s Romani to take pride in their own culture.

Give a voice to the voiceless

Created by Lord Yehudi Menuhin, one of the greatest violinists of the 20th century, the International Yehudi Menuhin Foundation (IYMF) has been set up as an international non-profit making association in 1991 in Brussels. The mission of the IYMF is to encourage the awareness, expression and recognition of cultural minorities, to uphold the role of the arts in society, and promote the European values, in order to build enduring bridges among cultures.

Founded in 2012, the Art-Activ Association is a nongovernmental organization whose mission is to provide educational and cultural programs and services to meet community’s needs, in order to increase the access and participation of Romani citizens to the socio-cultural life, ensuring the right of equal opportunities, promotion and support of a multicultural society and of the intercultural dialogue. 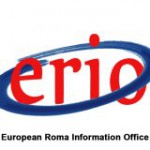 The European Roma Information Office (ERIO) is an international advocacy organisation founded in 2003 and based in Brussels. ERIO promotes political and public discussion on Roma issues by providing factual and in-depth information on a range of policy issues to European Union institutions, Roma civil organisations, governmental authorities and intergovernmental bodies.

Trust in the possibility of positive changes

ETP’s mission is to foster integration of the Roma through individual and community capacity- building. ETP creates bridges among experts and communities by “bridgebuilding” human, social and economic capital in socially disadvantaged communities and helps to transform deprived communities into lifelong learning communities. 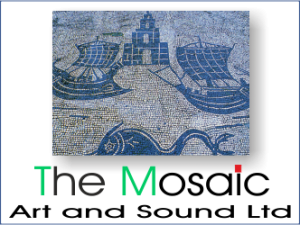 Music, an art and a science

The Mosaic Art and Sound Ltd. is a private company that organizes classical and traditional music festivals as well as educational courses and seminars on music. Mosaic worked on cultural projects connected to humanitarian aims through music. It was the coordinator of a project on the research about the effects of sound and music on the human being and the environment, and how to use them to enhance intuitive intelligence.

MUS-E Napoli is an association engaged primarily with children who live in situations of marginalization and social disadvantage. The activities of the Association take place during school hours and contribute to develop the culture of integration through the love of art and music in particular.

The MUS-E Italy supports immigrants, Roma and non-Roma: working together to explore the art and works for the integration of children in the schools and in the society.

Sons Croisés is a French association created and under the direction of Jorge Chaminé. The association is well known for its artistic workshops that are privileged place of Parisian musical life.The workshops are the results of an artistic experiment carried on during several years and are dedicated to musicians who want to strengthen their professional skills. More than 400 musicians from around the world have participated to the workshops aimed at expanding young artists’ knowledge and developing their talents in contact with other musicians belonging to different cultural traditions and most of them have pursued a successful international career.

Together we can make it

You can also negotiate according to the type of services you seek.